If you use the DFU website to upload 0x8000000.bin from the Orba, edit it, then download it again, you can change the console messages. 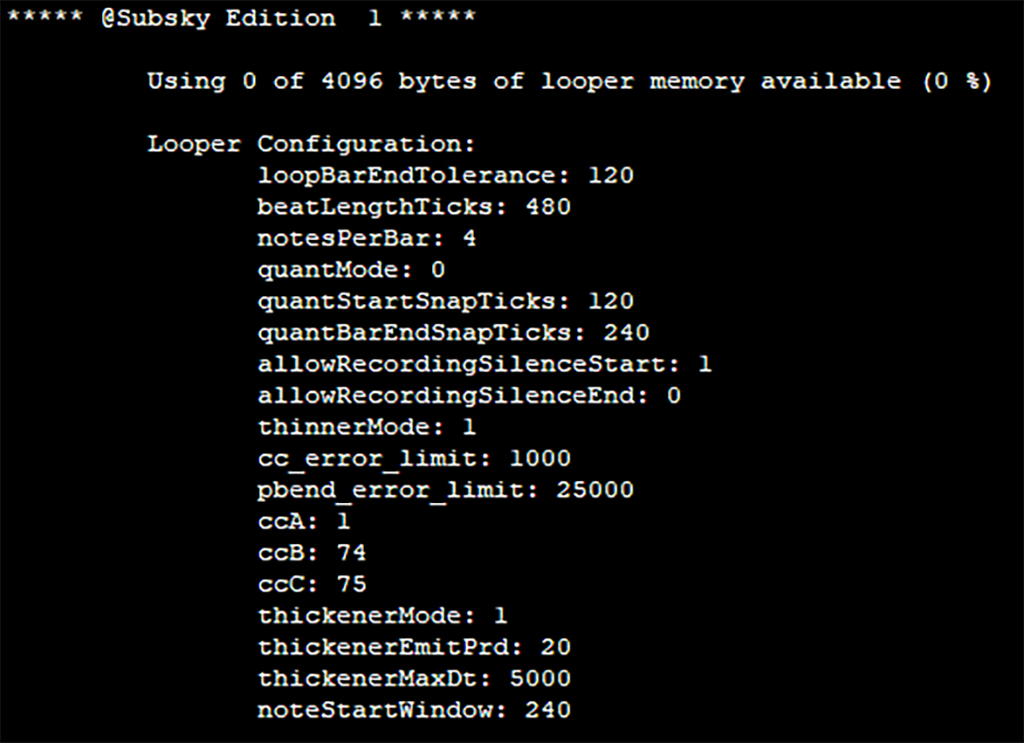 Unfortunately I still can't see how to change the values.

I now think that in console mode we're probably talking to a program running on the STM32.

The first one is 0x8000000.bin, the one we can edit to change console commands, though values remain obscure, and the file doesn't change when you do things like change quantise mode inthe console or record notes. In other words, it looks like it has the console program, but not the loop data.

The others only have a few bytes each; low-level processor management stuff.

...but what about 0x20010000.bin...? That's the other slightly more substantial one that gets uploaded at the start of the flash-from-file process.

It doesn't appear in that web list, but I've found that you can still upload it from the Orba via a Windows command prompt via dfu-util. The flash log has:

...and finally these files are changing. I can tell that much from the "Compare" plug-in in Notepad++

...but it's all garbage and weird characters. I'm sure this is the wrong view and I should be using a hex editor or something. (?)

Here's two versions of the file; the only thing I did deliberately was to toggle quantisation in the console, but more might have happened than that. @Subskybox I don't know if you might have a clearer idea what kind of differences there are...? Is there some other view or decoding that I should be using for these .bin files...?

Here's another set of three with an empty sequence which might be simpler.

...I think I've now managed to compare the files in hex view, but there are changes all over the place.

Back to the drawing board...

(...also been trying to use esptool.py to recreate this part of the log which talks about 4MB Flash memory, but drawn a blank on that as well...)

There's documentation available on these files like  "partitions_singleapp.bin"; they're evidently part of the ESP32 programming environment, but that's getting a bit too deep for me.

I've finally managed to get esptool.py to work.

I was convinced that the ESP32 would only respond if was in programming mode, but I couldn't figure out how to get it into that state.

Then I remembered the log from the good old B console command, "Commencing BLE serial pass-through with ESP32 in programming mode." (Attached)

Some of these commands just seem to put the Orba to sleep; no lights, no DFU mode, nothing. But it occurred to me that they might quietly have gone into programming mode. So I tried running one ofg the standard esptool.py commands, retrieving the MAC address, immediately after "B" in the console...never got this (or any other esptool commands) to work before, and bingo. :-)

Whether it's actually useful or not is another matter, but it's a new channel of communication with the Orba, and it explains why some of the console commands put it in a trance.

The attached console log is "1" for looper info followed by "B" for "Commencing BLE serial pass-through with ESP32 in programming mode." I was wondering whether any of the values reported by that command might relate to the missing quantisation values like "quantStartSnapTicks".

It finishes up by waiting for a download; in other words, it wants some kind of file transfer, which we might be able to do with esptool if we can knew what it was after.

...referring back to the flash log, the three files that get sent to the Orba immediately after that point are delorean.bin, bootloader.bin and partitions_singleapp.bin. I think the last two seem to be standard filenames that crop with up with ESP32 programming, whereas delorean is the Orba's special one. 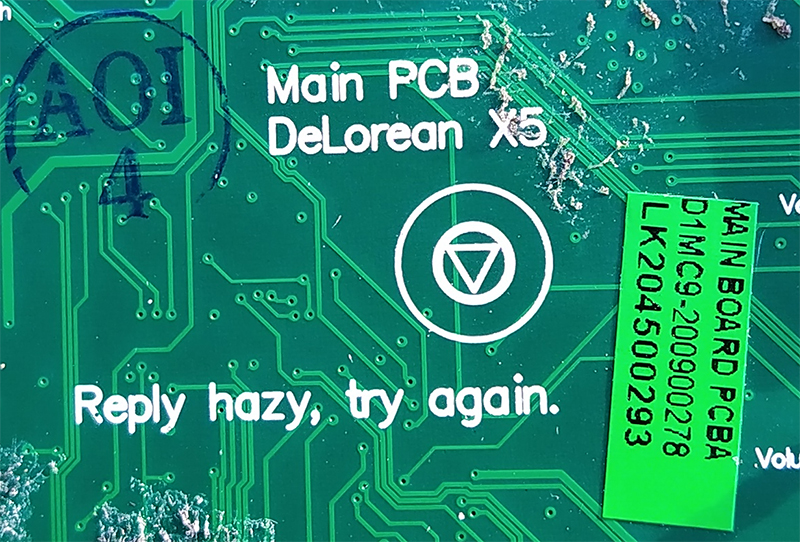 @BJG145 said: " I don't know if you might have a clearer idea what kind of differences there are...?"

Unfortunately, I don't. I can tell you that this .bin file is likely just a memory dump that can be downloaded/uploaded from/to the device. It definitely contains what I would consider compiled C code. Disassembling compiled C would be almost as cryptic as the bin itself. It might be best to hunt through the bin file looking for any bytes that hold the values 120, 240 or 240. It might be possible to zero in on where the default values are defined. Since this is C, there won't be any indication of variable names so we need to hunt by value rather than by name. There are likely numerous hits if you search for those bytes, but if we're lucky they might appear close together which would be an area of the code where all these variables get initialized.

...hmm, at first glance I'm not sure how useful this is going to be. While it's in that state it seems you can read/write any section of the 4MB Flash memory, but judging by this "partition table" in the console log the contents don't look very exciting. I was hoping to see an entry labelled: "Secret quantization parameters" or something. :-P

This isn't very interesting, but just for completeness, it's the console log for the alternative "Commencing BLE serial pass-through with ESP32 in normal mode". These are probably just for debugging Bluetooth data.

...thanks for looking...I didn't see a change there unfortunately. I think 0x8 stays static, and it's 0x2 that changes unpredictably. However, I'm not sure if even 0x2 has a quantise on/off setting, because I tried it the other way round; saving an 0x2, flipping quantize, then sending the saved 0x2 back to the Orba, but that didn't change it back.

It would be interesting to find them, but maybe we don't really need them. A couple of things I'd like to try would be to see if there's a more accessible way for people to turn it on/off without needing the console, and maybe creating a cool demo song which is partly 'constructed' rather than recorded. I'll need to spend a bit more time to try and understand how to string a pattern of notes together from scratch using eventData. I might try messing around with those 'pattern' tags as well...:-)

A few more thoughts. I suspect Artiphon will update the Orba App in conjunction with the release of the Orba 2. Maybe they will expose some of this since they advertise the Orba 2's features to include:

I'm thinking that you will be able to have more quantize options. I know from other DAWs that you can set Grooves to loosen or Swing a beat and they are planning to add similar. I believe that thinner and thickener modes might have a bearing on Groove but might also be used to thin the amount of CC data or interpolate additional values if required.
I'm going to try to track down the q command because that is likely just a pointer that toggles a specific memory address and we might be able to have it toggle a different address.
modifierData might be another way in because I suspect that it just copies the bytes directly into the device and thus could be exploited by overflowing the buffer.
I really like the idea of programming a song.. Maybe a MIDI to song converter in the future.. I think we could start with some arpeggios or something like that.
Login or Signup to post a comment
More topics in Orba
See all 239 topics
Help Desk Software by Freshdesk Support Desk