started a topic 15 days ago

After many months of works (on and off), I finally made it to a point that I can show people my progress.

First of all, I should point out that my guitar playing skills is at a level that I can only play the most basic chords. But I want to play accompaniment when I sing.

When I first found out that the Instrument has a Smart Strum mode, I wanted to give it a try. I got to say that, I was quite disappointed. I only got to play 12 pre-selected chords. On top of that, as easy as it sounds, going from chord 1 to chord 12 would require someone to travel all the way across the entire fretboard.

Some people might give up at that point. But fortunately, I can program. So, I started writing a program to remap the Instrument's grid mode so that most common chords can be played with just 1 to 2 fingers, with no pre-selection required like the Smart Strum mode. 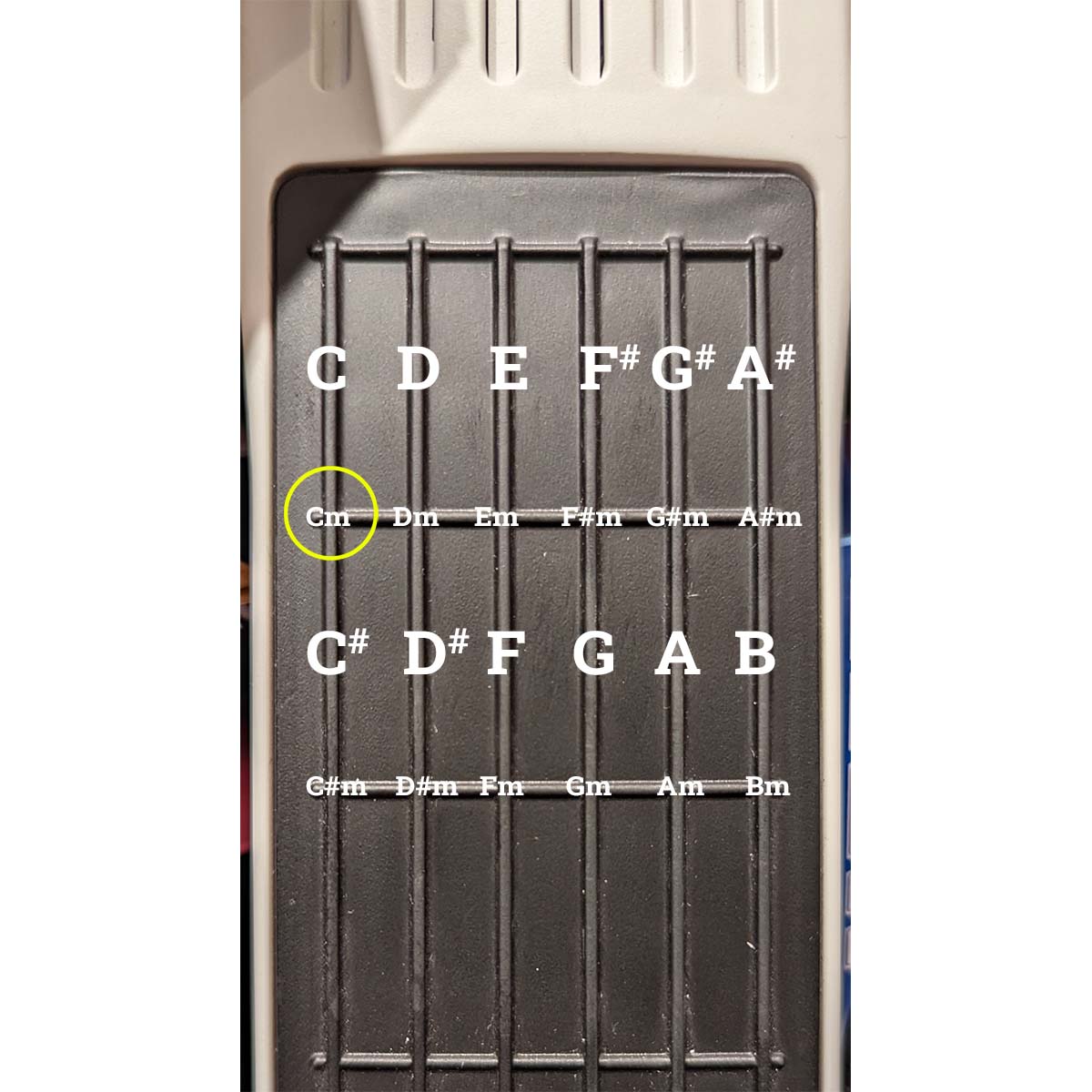 As seen from above, the first row of "strings" are assigned the C, D, E, F#, G#, and A# major chord. The second row of strings are assigned the C#, D#, F, G, A and B major. To play a minor chord, technically, I will need to hold the root's note and the note directly under it. For example, to play the C# min, I need to hold (refer to the image above) the C and the C#. But I found a shortcut -- by holding the "cross section" between the 2 notes, Instrument 1 will recognize that both notes are being played. Therefore, with just 1 finger, I can play both major and minor from C to B.

Just the major and minor chord alone will be enough for most pop songs ever written. However, I also want to add in additional flexibility, so I added the 7th chords to my program. 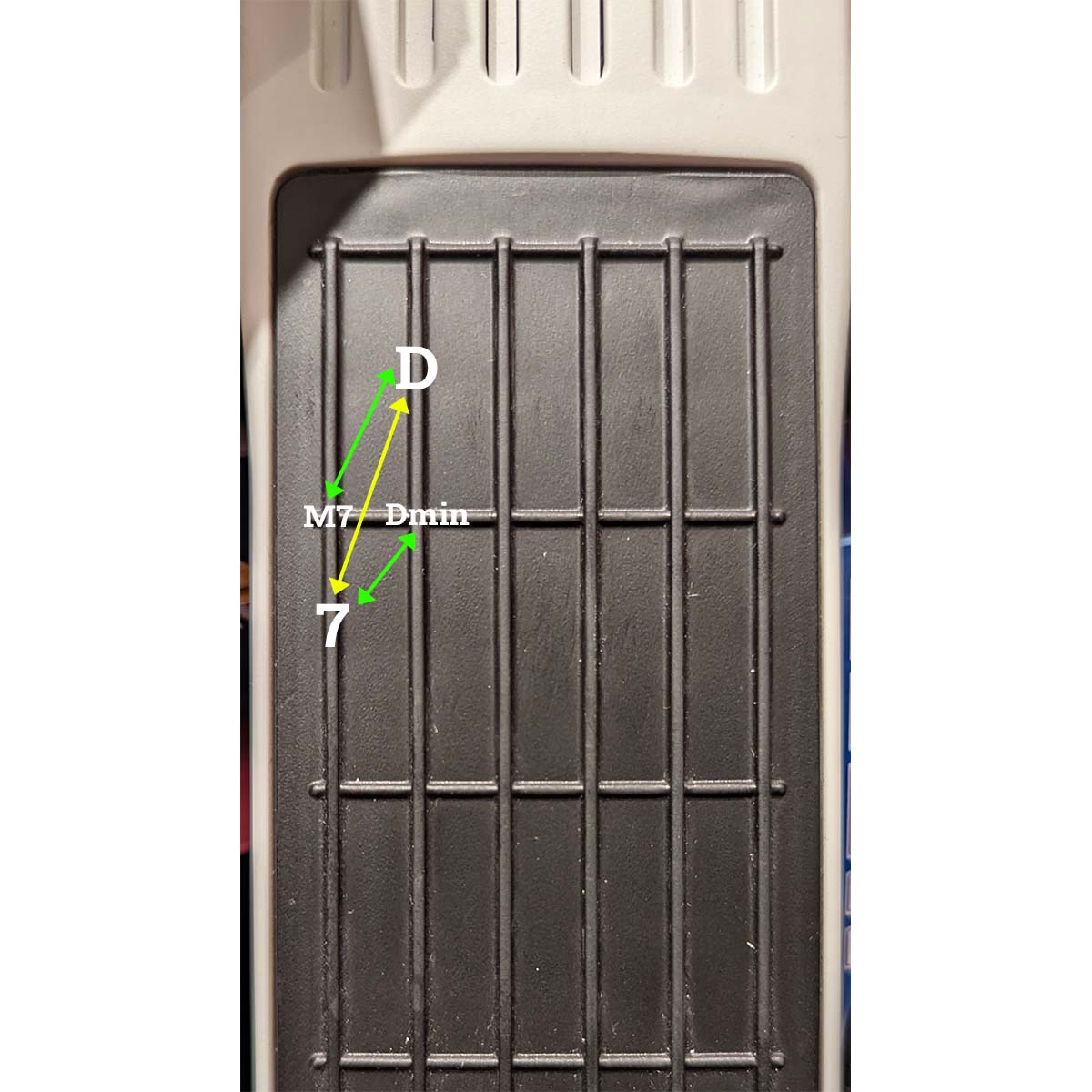 The 7th is a bit more complicated. Using the D chord as an example. If I want to play the D7, I will hold the D note with one finger, then hold the note to left of the note directly under the D note (which is a C#, if you refer to image 1). To play the Dmin7, I will start with the Dmin (holding the crosssection b/w D and D# using one finger), and hold the same "7" note. D Major7 is similar to Dmin7, starting with the crosssection M7 above, and the same "7" note. All other 7th chords will follow the same pattern, except for C and C#, because that's the end of the left edge. So, for C and C#, I simply reverse the direction and use the right side as the "7" note.

Right now, I've programmed it to a point that all major, minor, and 7th chords root position can be played. I am planning to add support of suspended and diminished chord to it, but in my use case, those are not necessary.

You can see how it's working in action from this video (please bear with my singing):

Frankly, I am hoping Artiphon could officially release a feature similar to what I am doing. Even better, if they make an Instrument 2, they should consider adding this and built-in sound to the device.
Login or Signup to post a comment
More topics in INSTRUMENT 1
See all 41 topics
Help Desk Software by Freshdesk Support Desk