Received the Orba, wont turn on after firmware update

started a topic almost 2 years ago

The Orba arrived this morning, I was able to play with it for a bit before downloading the IOS app and being told to update the firmware. I did and after it completed the Orba will no longer turn on.

8 people have this problem
112 CommentsSorted by Popular
C

Had similar issue - attempting to install app and update firmware completely inactivated the Orba and made my antivirus (Norton) really upset along the way. For the first day or so of attempting the "Shift-Update" of the Firmware it was stuck and not updating.

Today, figured I'd try again. Completely deactivated Norton and installed the new firmware update and, to my pleasant surprise, the lights came back on. I now have an Orba that works.

It's been frustrating on this end, but I imagine folks at Orba are experiencing untold levels of frustration and whatever patch or update that was done in the last day or so worked for me (once I snuck it past Norton). Thanks for your efforts on our behalf

Without going into all the details it appears that Windows wouldn't play nice with the Orba app. Even though I gave it firewall access and turned off virus protection, the Orba app couldn't download the required files into the folders under UpdateUtilities.

Path to folder is C:\Users\YourUserYName\AppData\Roaming\Artiphon\Orba\UpdateUtilities.

Jeremy at Artiphon Support sent me a link to a zip file of the folder, which I unzipped and copied into the Orba folder.

Did a SHIFT-CLICK on the cloud icon and the firmware update worked!

I haved a same problem.When Update firmware on Windows10 pc,

Orba doesn’t work at all. 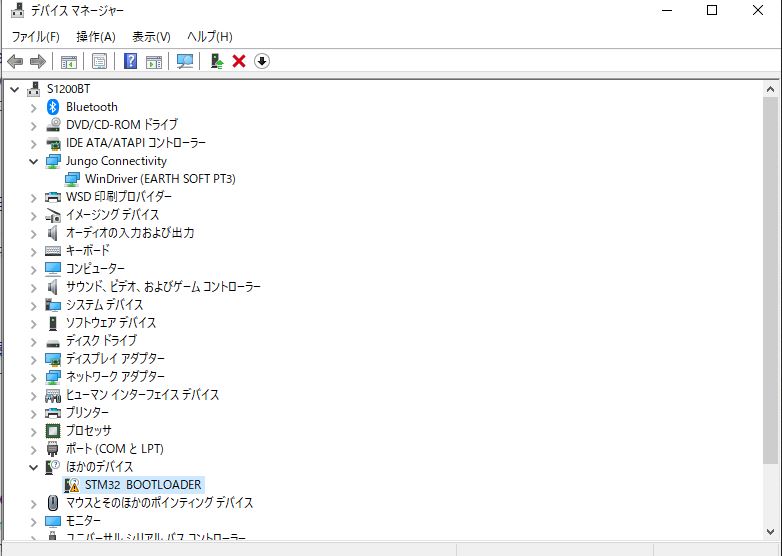 ( I had change STM32 BOOTLOADER driver to WinUSB driver by Zadig. 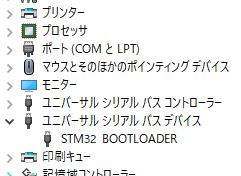 But it can not recognise by Orba APP in Windows10.

P.S. When you plug your Orba into the Windows USB port your should hear the same sound a USB drive makes. If you don't, while still plugged into the USB port press the MINUS & POWER buttons together until you hear the connected USB device sound.

If for some reason you can't update firmware yet, while plugged into the USB port you can press he MINUS & POWER buttons together until you hear the disconnect sound.

Another forum member discovered this and it is a good way to see if your Orba is still alive. 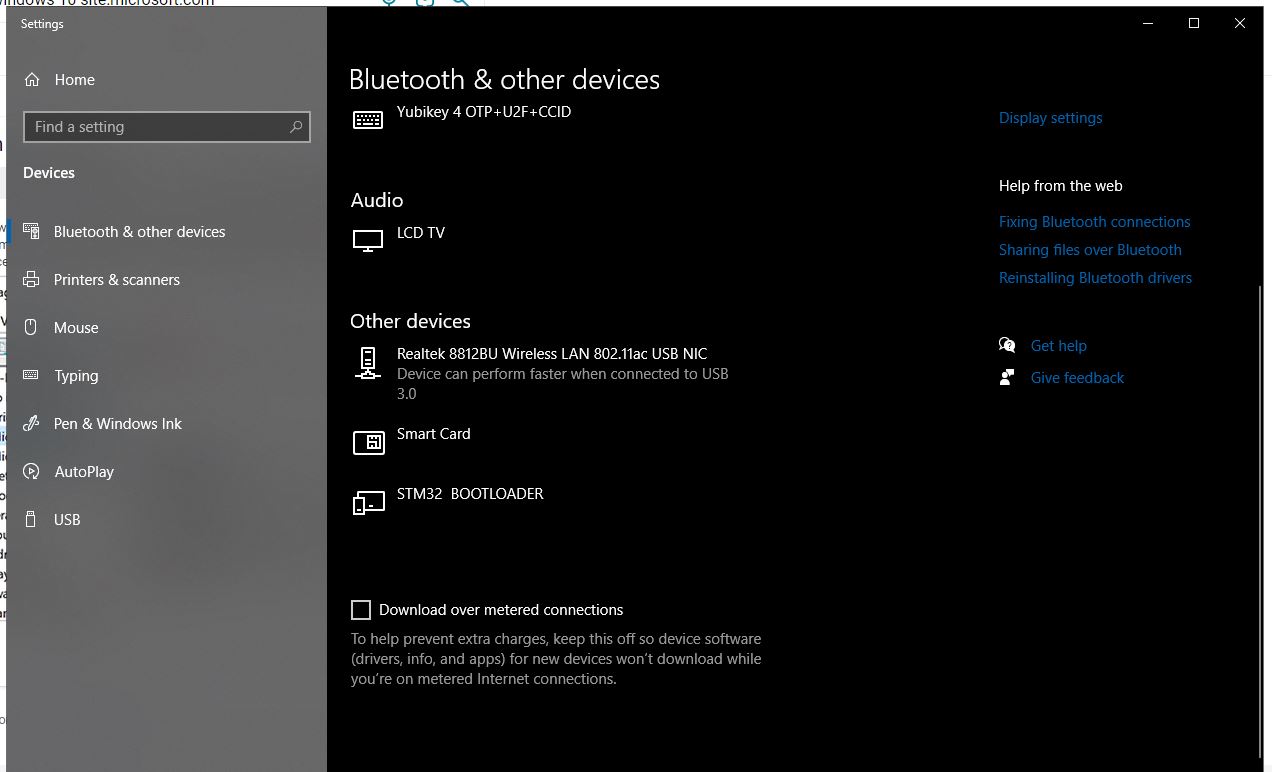 Received my Orba yesterday (9/5) unboxed it (created a video and all, was so excited) played with it, then connected to my MacBook Pro and downloaded the app which updated as soon as I opened it. Once the app updated I began the firmware update. It went through the process and showed successful. I played around with it, then downloaded the app on my iPad. I FINALLY was able to connect it via bluetooth and then I created a song which wasn't much really but enough to try it out to see how it would perform. It worked just as it was supposed to. I then tried to save the song and the app locked up and finally crashed. Now if I try to open the app on my iPad it locks up immediately and is non-functional. What's worse is after turning my Orba off last night and packing it up in the Travel Case, I grab it this morning, take it out of the case and..., dead. Wha? Ok, so let's try charging it. Two hours later Orba still won't turn on. Try the steps given here and nothing. I now have a black brick that resembles a sliced grapefruit. Wow, talk about the proverbial "flash in the pan," geez. I do realize that essentially we are the beta testers for any product offered through the crowdfunding process, but damn. I don't know what's worse, getting beat by a creator and never receiving the backer reward or receiving a backer reward and it turning into a brick less that 24 hours later. What makes it even worse is having to check back here every few hours to see if someone has found a fix. I think the fix is a new firmware update and free replacement of bricked Orbas. Unless someone can find a way to get them turned on that is. Right now though nothing works, not the app, not the Orba. Both are currently buggy, dead, and useless. I'll just box it up and set it on a shelf for a few months and then try it again. Maybe Artiphon will have it all fixed by Christmas. As it is now though it's more suited for the trash bin than a shelf.

said almost 2 years ago
Arne, it’s bricked it’s done. Won’t charge, won’t turn on, nothing. Firmware update bricked it. Anytime a device reaches this point there’s not much chance to ever recover it, period. That statement comes from years of experience in the IT industry. It was a fun toy while it lasted but I really don’t see it ever being revived without having to send it back to you guys. It would be different if a light came on when I plugged the USB cable into it but it doesn’t even do that. Absolutely nothing. Only fix is a replacement. You guys should have my info so you should be able to send me one as soon as all backer rewards have shipped. I do think you guys should also refund my $8 for expedited shipping being as how it didn’t even survive 24 hours after delivery. But seriously this is unacceptable, inexcusable, and seriously unprofessional for a company to release an update that gives so much trouble to users and bricks others devices. Was it even tested before releasing it? Was the app tested before releasing it? It honestly doesn’t appear to have been. Again, this is completely unacceptable, inexcusable, and unprofessional. If anyone at your company honestly wants to help you guys have my contact information. Other than that I’ve already boxed up the Orba and tossed it in the closet. I might check back here in a few months or I may just forget about the damned thing altogether and then it might get discovered when my estate gets sold off after my death. Dunno but I’m getting tired of tossing money to dreamers on Kickstarter and receiving overpriced crap. Good luck. I think y’all are going to need it. Seems too many of these things aren’t good for anything anymore except target practice.
1 person likes this
P

Looking at these comments the issue seems to be whether the app recognises you have an Orba plugged in. When the serial number is recognised then the update seems to work. When you, like me, plug it in and it says "not connected" because it doesn't recognise it then none of the help on this thread works.

update: i switch usb ports and it was able to update. now is working.

said almost 2 years ago
This does not seem to be a driver issue. At least on my machine the Orba is recognized, the driver is loaded, ad it responds to USB events. The error that is getting logged for me is that the app is unable to find any of the three utilities for programming the STM. They are apparently downloaded in a compressed file along with the new firmware. And, when I check the firmware update directory, I see a directory for each of the programming utilities. However they are all empty. For some reason they either did not get downloaded, aren’t in the compressed package, or are not being uncompressed.
1 person likes this

Possibly a longshot (I think the issue behind this has since been fixed), but in the Orba app, check the firmware version number from the Artiphon logo at top right. If it says 0.13.19, the firmware has actually updated successfully and the error is the report that it hasn't.

I submitted a ticket before my account was created and I saw this discussion.

On my Mac, the app (version 0.14.9)  itself is unstable, crashing each time I try to quit, irrespective of whether the Orba is connected or not. In fact, it would not recognize the Orba at all until I did a restart earlier, which only seemed to connect once. Right after that, I promptly began the firmware update, which then resulted in a failure error, and since, the Orba has been completely unresponsive.

Holding shift seems to implement a firmware process for a few seconds still, yet followed by the error that the firmware update fails. This then is followed by the desktop app crashing when I try to quit it. I tried multiple ports and different cables to be sure.

FWIW, I first played with the Orba last night, followed by an attempt to get it to connect to my iPad Pro. Only a synth app recognized the incoming signal: it never was recognized via the system iOS settings, as was the same issue with my Mac (OS) this morning. Hence I went looking for updates.

Attached is a composite of the two different experiences I have been seeing this morning, in addition to the now bricked (dead) Orba device.

If it adds any more information, I dug out some utilities.  When I connect the Orba, I see an STMicro device in DFU mode connect.

It looks like the updater managed to render the darn thing completely lobotomized all the way back to "Hi I'm an STMicro STM32!  Program me!"  x.x  I hope the support team can get me back up and going without an RMA.

I should have mentioned that I tried various combinations of holding power/volume to try and reset, per both the manual, and then after seeing Nick's input.

Hmm. I'm stumped, but this does sound like an issue to which someone from Artiphon will have an answer when they're able to catch breath. I expect they're already on this, but it would be good to have a Troubleshooting section in the FAQs for issues like this that seem to be encountered by multiple users, even (or particularly) if the fix is a simple one.

1 person likes this
A

I turned off the firewall and virus software and tried it on three windows, but it does not work at all. I'm disappointed. I don't have a Mac.